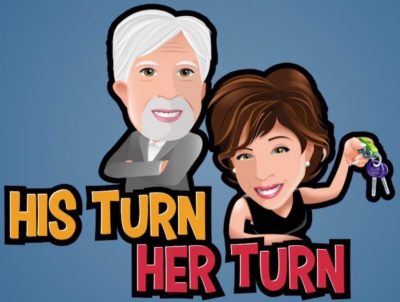 At the 2014 North American International Auto Show, there were pickups, sports cars and hybrid vehicles that might surprise you. Car Coach Lauren Fix has the details.

The 2013 North American International Auto Show brings almost 50 new launches of not only cars, but also some cool new technology that you’ll see next time you go to the dealership. Lets take a closer look.

The two-day series of unveilings started with the naming of the North American Car, Cadillac ATS and Truck of the Year, the Ram 1500.

One of the most anticipated reveals, the 2014 Corvette Stingray is the most powerful standard model ever, with an estimated 450 horsepower. It is expected to be the most fuel-efficient Corvette, exceeding the EPA-estimated 26 mpg. Like the ’63 Sting Ray, the best Corvettes embody performance, cutting-edge technologies, breathtaking design and awe-inspiring driving experiences.

The 2014 Silverado made its auto show debut. The pickup truck, along with the redesigned GMC Sierra, has been reworked with a lighter but stiffer frame and cab, a fresh interior with video screens and wireless connectivity, and three new engines.
The 2014 Infiniti Q50 replaces the Infiniti G37 sedan. It marks the start of a whole new design and engineering approach for Infiniti. The interior uses a completely new layout with two large touch screens. The upper screen is reserved for the more frequently used features, like navigation.

2013 Range Rover HSE provides premium levels of prestige and comfort. This SUV can go through water up to 3-feet deep. It has 29-speakers and 5 cameras. Land Rover’s unique Terrain Response system is standard with Hill Start Assist and Gradient Acceleration Control.

Finally the 2014 Audi RS7 four-door coupe is based on the striking A7. This hyper-fast version grabs its 4.0-liter, twin-turbocharged V-8 from the S8 sedan with 560 horsepower. A supercharged, three-liter V6 engine that’s sporty both inside and out powers the new SQ5.

For more information, go to our website. I’m Lauren Fix, The Car Coach.

2022 Ford Bronco Raptor-I Bought One: the Most POWERFUL Bronco EVER!

2022 Toyota Tundra TRD Limited | The Perfect Vehicle for the Outdoors

2022 Ford F150 Lightning ELECTRIC Truck: What You Need To Know