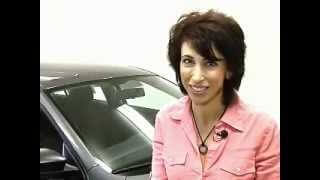 If you’re in the market to get a new car that has four doors, plenty of room, and at a reasonable price, consider the 2011 Volkswagen Jetta.

The all-new Jetta is roomier and more affordable than the previous generations. I test drove the S-model that had the two-liter, 115 horsepower engine.

This platinum grey metallic car was fun to drive and had a nicely detailed interior as well. The engine has either a standard five speed manual or an optional six speed automatic transmission.

Standard air conditioning, power locks/windows/mirrors (with one-click up/down on all four windows). It also has a four-speaker am/fm/cd sound system with auxiliary audio input, optional Bluetooth, navigation and satellite radio. it had a full complement of standard safety features includes six standard airbags; abs; stability control; and a new crash response system that unlocks the doors, shuts off the fuel pump, and turns on the hazard lights in the event of an impact.

The 2011 Volkswagen Jetta s starts under $15,995 which is lower than last year’s model to be more competitive, but there is no awd option and still has rear drum brakes.

There are many cars in this highly competitive segment including the Ford Fiesta, Honda Civic or the Toyota Corolla.

The one thing that does concern me is how quick the trunk lid does pop open. Someone could get hit in the head.

The Volkswagen Jetta was fun to drive and new lower price was certainly more appealing.